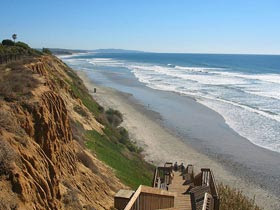 In a story ignored by major media, San Diego has been under the siege of a huge uninterrupted solar spill lasting the past 30 days. It is unknown how long this spill will continue to flow disrupting the work and social lives of millions of Southern California residents. Economists are estimating the lost productivity caused by the spill to total in excess of $10 billion dollars.

Elected leaders from the region are asking that California Governor Jerry Brown declare a state of emergency so that state and federal funds can be accessed to offset the economic damage of the ongoing spill.

Reporters from Sun Media have observed that the local population is abandoning their cars and taking to paddle boards, kayaks, inflatable rafts and surfboards as emergency vehicles as they fight for survival. 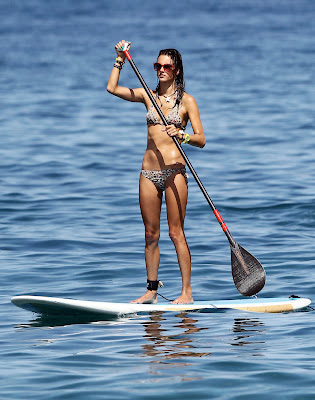 Solar executives and scientist from Americas top companies and universities are working collaboratively to solve this spill and cap the unrestricted flow of energy that is effecting natural habitats and biologically sensitive wetland areas. Authorities are unsure if this spill can be capped and are reported to be deploying a solar dispersing agent in an attempt to have the solar spill fall harmlessly to the ground.

A second disaster is expected to hit San Diego as the solar spill crisis is soon to be joined by 10-14 foot waves at local beaches. “We don’t know if these events are related or separate disasters just happening at the same time” said San Diego Mayor,  Jerry Sunray-Sanders. Many local residents are saying that the solar dispersing agents used by federal authorities are the cause of the high waves.

Sun Media reports from San Elijo lagoon and Aqua Hedionda Lagoon located in North San Diego County, that uncontrollable plant growth due to high levels of photosynthesis are now occurring. Local authorities are stretched to the breaking point as they deploy efforts to deal with the ongoing crisis.

“People are behaving crazily and the crowds of birds and people flocking to see this spill is stressing our government systems to the breaking point” said San Diego Mayor, Jerry Sunray-Sanders. He added, “Whoever is responsible for this needs to pay for the massive clean-up that will be necessary, and it will take years to get this place back to normal”

Authorities are seeing similar relief efforts underway with the solar spill as happened with Hurricane Katrina in the Gulf States. Many corporations, fraternities, church groups, and non profits are driving in from surrounding states offering their assistance. Colleges and Universities around the country have been temporarily shut down so that student groups can be deployed to the solar spill region. 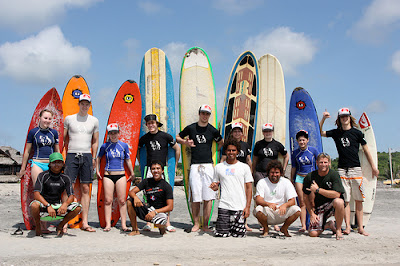 Clean up cost from this spill are yet to be determined and federal authorities are just beginning to calculate the long term effects on the regional economy.

In a final emotion filled statement, San Diego Mayor  Jerry Sunray-Sanders said "This is terrible, I wish we could turn back the clock and return to the good old days when we got our energy from oil. In those days, the oil created a natural atmospheric  layer that filtered out and diffused the sunlight thus eliminating  solar spills such as this,  you could see the layer with your bare eyes and it was really beneficial in preventing these devastating solar spills."