Doing Great on the Range, 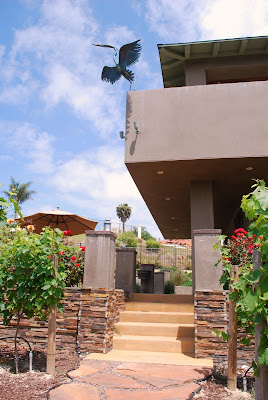 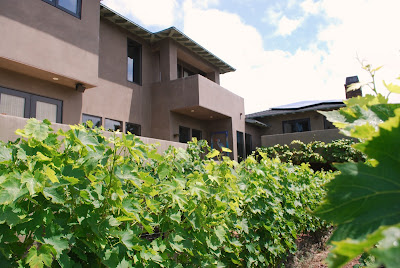 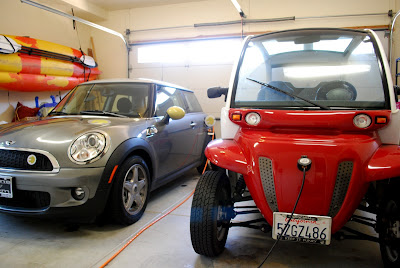 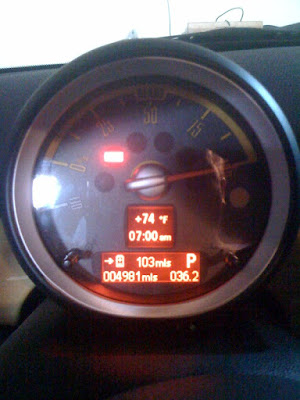 As you can see Mini-E #183 is about to tip over 5000 miles. Thought I would grab an iphone shot of the instrument cluster this morning.

This is about the norm for me, a 10 mile each direction commute, and then some running around to meetings, site visits, side trips on the way home. Yesterday 10/1, I drove 36.2 miles and had almost 70% charge left at the end of the day.

Plug the car in and then in the morning the range indicator is usually near the century mark. On this morning it was 103. It can fluxuate day to day from the low 90s to 110 miles depending on my driving habits :)

Half of my commute is freeway at 65mph-70mph and the rest is city.

Also of note, In the past 30 days after installing our 3kw addition to our solar system (now totaling 7.5kw grid tied system) we have generated 1120kwhs and our total energy usage for the home+ guest house, the 2007 Gem-E4 and the Mini-E was 1060kwhs. More generation than usage for a home and two cars in the garage.

Living and driving on sunshine.

It's possible, it's easy, it's incredibly fun, and its liberating to have the feeling of energy independence. My hope and efforts as a planner, is that as a country we can fiqure out a way to do this on a mass adoption scale.